Inside myself I can be anyone

Outside myself  I’m nobody,

wanting to be somebody,

but I’m invisible to everyone

Me inside myself I can breathe,

and be loved by me

In each sunrise you live on

The scent of wild flowers bring memories of you

smiling your easy smile, dancing among the

The sunlight shining on the most gorgeous lady,

prettier than a picture,

but now that you’re gone all I have

is a picture of you, and the memories

of us on a mountain sunrise with wild flowers

Justin Coleman plastered himself behind an enormous Cedar tree, snickering at the Amish kid running.  Sweat dribbled down his evil black eyes, making them sting.  He preferred to be in a nice cool room with an air conditioning, sipping a cold beer, but he was out in the middle of an Amish community searching for a daughter he thought was dead.   Maddie, his wife, claimed the child died in childbirth, but recently he’d learned Maddie had given the child up for adoption without his permission.  He’d been drunk the night she’d gone into labor and not witness the birth.

The heat seemed bitterly hot to his flushed skin.  A string of curse words spewed from his mouth.  Maddie would pay for her prevarication.  The woman needed to learn who wore the britches in the house.  He did.  Justin decided he needed more information, but his idiot wife wasn’t talking.  He learned an Amish couple adopted his child, but he figured Maddie knew precisely what couple had their daughter.  She had the nerve to tell him he wouldn’t be a wonderful father, that he wasn’t nothing but a drunk and an abuser.  What did that get her? A punch right in her ugly face.  He spit out a wad of tobacco and headed to his ford pickup.

About an hour down the road he turned into Dutch Valley Restaurant  A blast of frosty air felt wonderful as he entered the restaurant.  His eyes explored the room.  Not his usual place to hang out in, but he needed something cold to drink and a bite to eat.  His stomach growled in agreement.  He picked up a menu to survey the drinks.  Just his luck, no beer.

Justin averted his eyes to the lady standing in front of him, pen poised over an order form.  “Excuse me?”

The Amish girl bowed her head quickly, but raised it just as fast with a wide smile.  “I said good evening.”

Justin observed the young waitress.  Her name was Lydia.  Brunett hair he assumed would fall past her waist if not up in a ball.  Dark blue eyes and a light dusting of freckles on her pale skin.  She was thin and average height.  Lydia didn’t resemble him or Maddie, but that didn’t mean she couldn’t be his daughter.

“May I take your order?” she asked nervously.

“Ice tea.”  He skimmed the menu once again.  Nothing looked appealing.

He laid the menu aside.  “Ruben Panni and Sweet Potato fries.”

Justin turned his attention to an Amish family sitting nearby.

“Mamm, can I have dessert?”

The older lady looked frazzled.  Justin counted the kids sitting with her.  He let out a low whistle.  Ten kids and it looked as if she may have one on the way.

one of the older kids caught Justin starring.  “It’s not nice to stare.”

“John, mind your manners,” A man reprimanded the boy.  “You know better, Sohn.”

“Daed, can’t I have a slice of Shoefly Pie, it would be wunderbar gut.”

The father laid warning eyes on the child that couldn’t be over six years old.  “Rachel, not another word.  Let us redd up.”

Hopeful blue eyes shadowed with disappointment as tears glistened.  The older Amish girl took the toddler from her Mamm and told the other kids to follow her.   Justin took a bite of his sandwich and watched as the family strolled to the door.

“Mr. try the Shoefly Pie.”  Rachel practically smacked her lips.  “It’s wunderbar gut.”  And then she skipped away to catch up with her sister.

Justin cracked a smile.  He wondered what his own daughter looked like.  He realized one thing when he found her she wouldn’t have to be Amish any longer.  The restaurant had patrons that were Amish and some that weren’t.  Over in the next booth, he spotted two Amish girls.  He narrowed his eyes.  The two girls were in deep conversation.  Justin strained his ears to hear what they were saying.

The sound of goodbye caused me to look into your eyes

and my breath cried for release

My hand reached out to you

but you had already stepped back

My heart shattered into an ache of sadness

I thought we were forever

but somewhere before forever arrived

you decided to leave

It was than I noticed you hadn’t walked away

Somewhere between goodbye hello floated in on a simple whisper

Our eyes met and we found an embrace

Somewhere between goodbye you found your way back to me

Our love blows on every breath we take

Each invisible moment is seen between us

Where we hold each other in silent unspoken words

We meet each other in our daydreams,

and fantasize every length of us

Keep us in the moment

Allow ourselves to melt into each other

Turn the world off and let it just be us

We can fill our souls with our story

In each other’s arms we will never get lost

Our hearts is our compass, beating to our endless love

Keep us in the moment

and we catch ourselves falling more in love

Mesmerized by seductive pleasures that play with our emotions

Enticing us to always stay in the moment

Heaviness of heart burdens her into mortification

Walls closing off any escape

Our emotions exhaled into a beautiful memory,

one we relive every chance we can

We felt each others heart beat mingle with love

My hands recollect the feel of you

Your handsome voice whispering my name

Happiness etched the lines of my face,

Lips cherished a melody that grew with every move

while love danced in the moon light

Seconds within our kiss we no longer existed as two,

To this day and always I will remember our first kiss

Beauty shines on the outside

While the sun sinks behind an aching heart

A smile hidden underneath a lipstick lie

Her feelings swing on a pendulum of fear

He will not see her true beauty

A smile that could brighten his day

Eyes that see him for more than his handsome looks

Words that beat the meaning of her life

When he looks at her he only sees her painted face,

Under all the makeup is beauty that is skin deep

Her frown lines or covered in shades of longing

I see my destiny inside my dreams

Surrendering to every whisper of love

and my emotions call out to you in

tones of excitement and longing

A warmth breathes upon me as

I drift farther into my slumber

I long to live while awake

Inside my dreams I no longer

My frown has found its smile as I sleep

I am seasoned with affection that

causes my heart to beat with a

As my dreams come to rest

and morning breaks through the sky

I silently whisper I’ll see you

tonight inside my dreams

She watched the sunrise in shades of him

Landscape of memories traced back in time

Laughter echoing off the Summer breeze

At the present moment she relished the sound

The corners of her soul clings to every recollection

Without them her breath would falter into thin air

With each tomorrow brings a new sunrise and sunset

A time to wrap her loneliness into remembering him

She no longer lives in the present,

but in the past where he still lives

His scent wakens the tears that dried up on her pillow

Crying only makes her realize the ache is real

No tomorrows will paint no pictures of them together

Just because he had to say goodbye

Death do us part whispers we will be together again

As the sun melts into a full moon,

her heart serenades a wishful lullaby

When she lays her head down to sleep tomorrow

she would wake and be with him 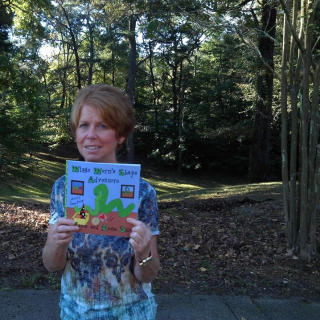 Hello, fellow computer friends! I'm Kathy Sills. I love to cook and write! I am a twin to a wonderful sister, Karen Sills! We do a lot of cooking and writing together, but we go out on our own too! Some people think I'm crazy, but I love to grocery shop! My bills believes me. I am an Author of children's books with my sister. There is really nothing that I don't like to cook. While I write children's books I am trying to branch out to writing romance, and I love to write suspense. I even dabble in poetry. Welcome to my domain where you will receive a little of everything!

Two Heads In The Kitchen

Two Heads In The Kitchen

Food tripping in Manila and beyond!

Musings and books from a grunty overthinker

The Stories In Between

But poetry, beauty, romance, love, these are what we stay alive for

I dont have the answers, just a lot of questions.

Here we speak, here we hear.

Plowing through Life in the Country...One Calf Nut at a Time

Explore the world with me

BY GRACE THROUGH FAITH

Poetry and spoken word; brewed from the inner sanctum of the Fael- the Fragment of an Ancient Revolution's Leftovers

Not your mother's kitchen blog

Creativity for my life.

So Much Food. So Little Time.